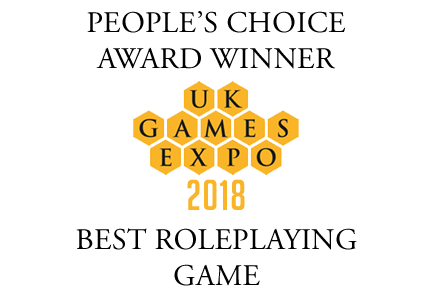 You open your eyes, and find the whole world broken;
the past you knew washed away in blood and fire,
and the world all but consumed by the Sins of our Fathers.
The Song of the Mother denies the dead their rest,
and they howl for the communion of all flesh; the end of mankind.
Slavers scour the wastelands looking for the unfortunate and unwanted,
wars of faith consume what remains of humanity’s precious resources,
and the cults of long forgotten gods rise to prominence
to proclaim their eldritch dominance once more.
By all rights, you should close your eyes again,
and let the comforting darkness of Mother’s Song consume you.
However, you, and those like you, are different.
Against all odds, you fight back against the dying of the light.
You hold on to what it is that makes you human.
Against the onslaught of the coming darkness,
you refuse to yield, refuse to die,
and choose to live.
The path ahead isn’t easy,
but your rebirth grants you the strength that few beings can match.
You hold the power to drive back mankind’s enemies, and the power to rule;
To be a saviour, or a destroyer.
Will you redeem mankind’s Sins,
or draw us forever into the Darkness?
One thing is certain;
Your story is only just beginning.

Dominating the supernatural post-apocalypse genre, SINS is a narrative role-playing game focused on telling the stories of powerful entities - known as Nemissaries - in the ruins of 22nd Century Earth. These reborn individuals are people of immense will, who have dragged themselves back from the brink of death, and returned with a wealth of mysterious powers with which to fight the undying hive-mind known only as the Brood. 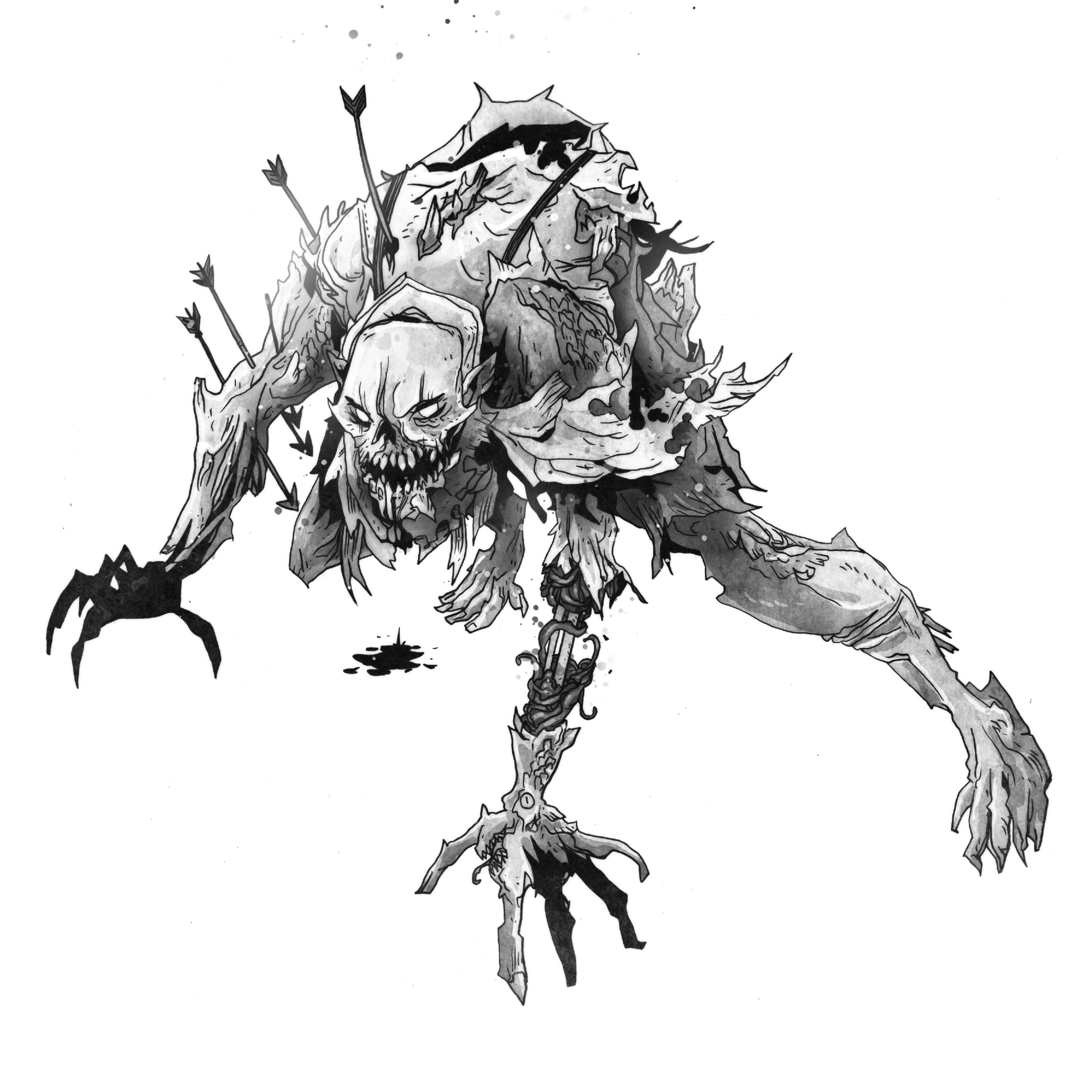 SINS utilises a D6-based dice pool engine, built around fluidity, narrative play, and character development. Players take on the role of Nemissaries - beings of monumental strength that hold the power to restore and rebuild the world as they see fit. Their powers come at great cost however, and every Nemissary must wage a personal battle with their inner demons to maintain their strength. The world of SINS is full of a great many mysteries, and only through personal development and moral strife will the Nemissaries uncover them all.

This is the 360 page .PDF core rules, containing everything from;

Coupled with some six-sided die, this PDF is everything you need to run or play SINS - The Role Playing Game. 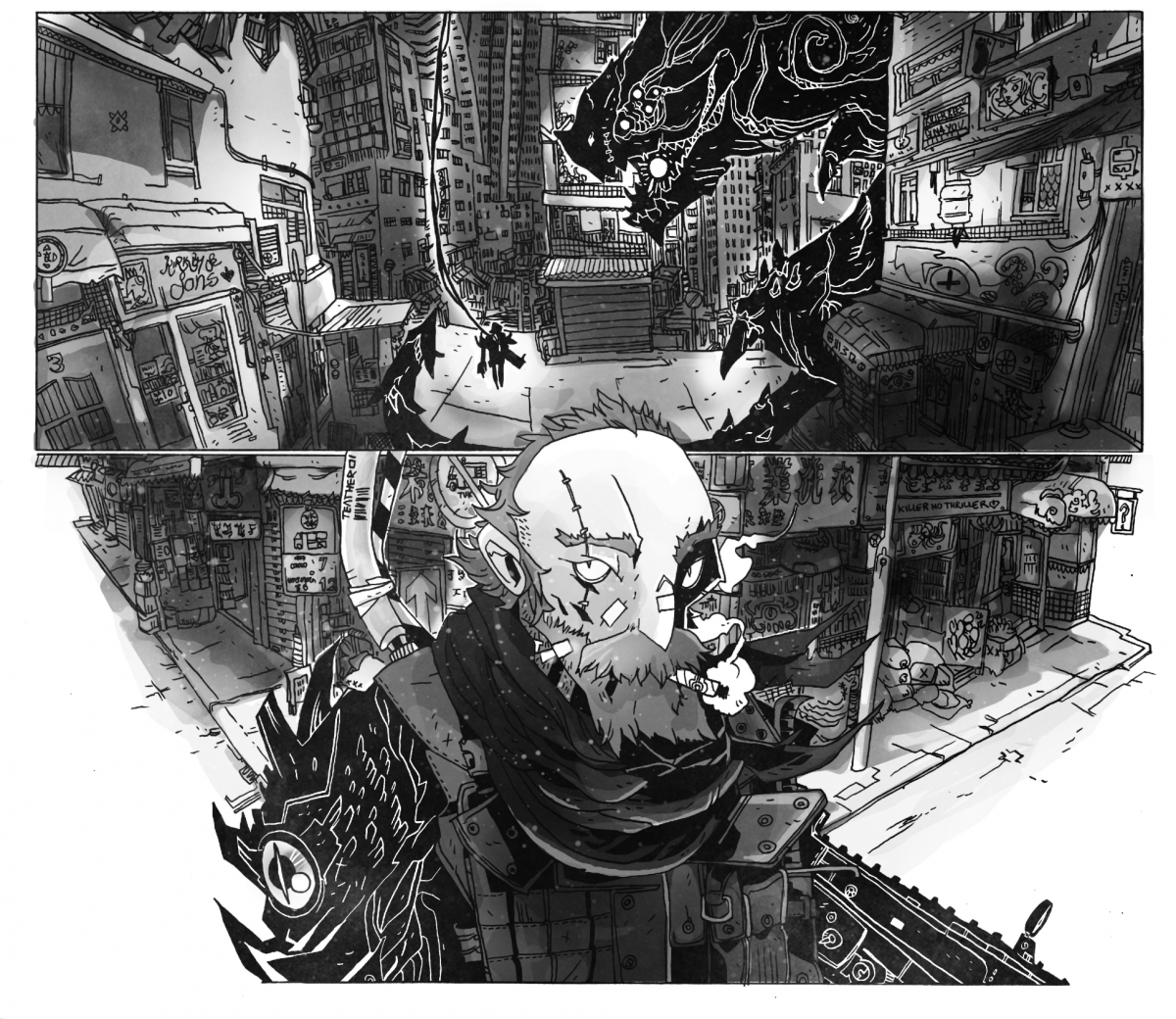 Want more? Do you already own a copy of SINS, or love it so much you want a beautifully bound hardback version? Check out our webstore for UK sales, or Indie Press Revolution for US sales!

Looking for a demo version? Check out SINS: Dead City for a pre-written prequel adventure that gives you a taste of SINS' engine, and allows up to five players to play through the events of the Fall in a ground-breaking, non-linear sandbox scenario.

In order to download this game you must purchase it at or above the minimum price of $10 USD. You will get access to the following files:

Hi, is this the most recent version of the game? On drivethrurpg there were two files. Curious if files here got the update or not

Sins is a sleek, post-apocalyptic supernatural rpg with a focus on storytelling.

And if you're familiar with New World Of Darkness, Sins is going to be very easy to learn as a lot of it feels close to the structure, layout, design, tone, and mechanics of the NWoD splats.

Sins' PDF is 360 pages, with spectacular graphic design and beautiful art, and its gameplay sits in that same "medium crunch" area as NWoD's.

Content-wise, Sins is the intersection between Walking Dead, Gears Of War, Stand Still Stay Silent, Cthulhutech, and Fallout. There are supernatural powers, strange phenomena, corpse armies, derelict ruins, and civilization working to pick itself back up off of the mat. There's a mature angle to everything, but it's not hyperbolically mature.

Sins' mechanics are d6 pool based, with target numbers and number of successes mattering. Your pool on a roll is your relevant attribute + fate (i.e. your level) against a target number of 7 - your relevant Skill, and you're hoping to reach a number of successes determined by the GM based on the difficulty of the task. There's a meta-currency called Focus which you can use to affect rolls, and which you can recover with cool narration. Also there's health levels which are structured into different categories, and a variety of unique supernatural abilities to choose from.

Combat has a fair bit of complexity, but Sins is still on the storygame side of the storygame/wargame divide. 'Tactical storygame' is probably a good descriptor. There's universal combat maneuvers, cover, weapons with stats, and a lot of attention has been put into making the players' combat options varied, but you're not required to break out a battlemat.

Lore-wise, there's a few places where the book explains a thing in a way that is less helpful than if it hadn't explained it at all. For example, some of the setting's human settlements practice slavery. The book's explanation is roughly "everyone knows it's wrong, but there's a need for disposable manual labor" and "it's better than killing the population of the settlement you just conquered." This feels like a *really* optimistic take to me, although your mileage may vary.

I also got a bit of dissonance from the "What Remains" section of the book, which goes over various areas of the world and how they've been affected. Western Europe and the United States and Canada feel pretty solid. The Middle East and Asia do not. To me at least, they feel like weird caricatures, especially in contrast to the way western Europe and the upper half of North America is described.

I don't get the impression this was meant to be malicious---on the contrary, safety mechanics are provided and there's warnings up front about the book's tone and that it discusses slavery in its setting.

But I don't think a second draft of the Middle East and Asia sections would hurt. Nor would cutting them.

Overall, I think this last detail makes for an achilles heel on an otherwise engaging engine and setting. Without it, there'd be no caveats on my recommendation. With it, I don't really have a good guess for how each individual person is going to react to the game, and I can't just broadly recommend it to everyone who likes NWoD and post-apocalypticism.

I have no idea if a patch here would be a logistics nightmare, or would destabilize material that's been written in other products, or would contravene anybody's creative vision, but I'm happy to change my review if things get changed.

Honestly if it turns out I'm just straight wrong in my reading of the What Remains section---which I'm not gonna rule out---I'm happy to change it too.

My god it looks beautiful. It sounds so interesting. Welp time to sell my soul to this game so I can hope to learn how to play it, GM it, and find people to play with. Oh boy...

It says SINS is  an alt of the HOPE engine but I can't find any info on a HOPE engine. Do you have a link?

We'll be launching a website in the next couple of days with more games on it that use the Hope engine, and in time releasing an SRD of the engine standalone - I'll post here again when it's live :)

If I may ask would it be possible to get ”covers” on the pdf? It kinda bothers me that in my library the pdf looks like a charactersheet. Minor thing but in my opinion quite important. Many pdf’s are missing covers nowadays and it makes it difficult to look for them in the library.

Sure, we'll get that updated soon as possible! Thanks for the download!

I'm unsure when this was posted (as Itch.io just lists it as "a year ago"), but considering I just updated to the second edition and it was dated November 20, 2020, it still doesn't have the cover. (It was bothering me also. That and it started on page 2. Is page 1 the character sheet?)

Also, your update said we could get SINS: Manifest Destiny from the Kickstarter, but that is no longer possible. Will you be bringing the pdf to Itch.io? I was able to find it on DriveThruRPG, but I had been hoping to get it through here to keep my stuff together. 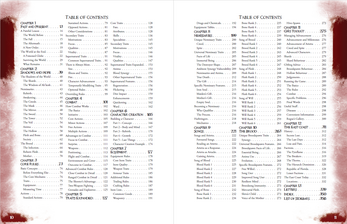 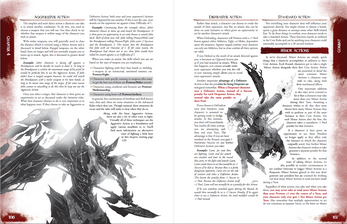 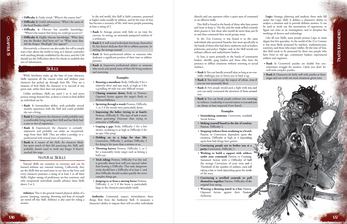 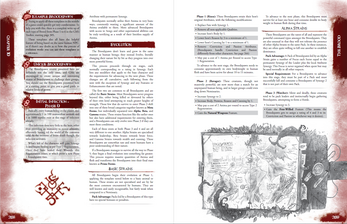 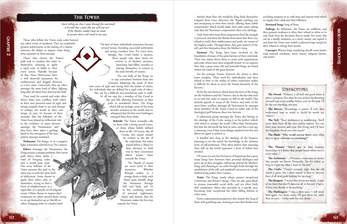 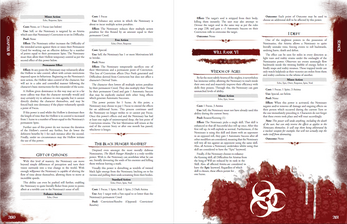