It has been a long time coming.

But we're proud to announce that the print run of SINS: Manifest Destiny is now Live on Kickstarter!

When we started on our journey to self-publishing 3 years ago, we had no idea we'd still be at the writing game 3 months after the Kickstarter ended, let alone 3 years later. However, thanks to all your continued support, our new-found fans here on itch.io, and the continued success of SINS (One award in the bag, and a second printing on the way!) we've been able to keep at it since we wrapped up on our first Kickstarter campaign all those years ago.

Now, SINS: Manifest Destiny, the long-awaited expansion to the corebook, is finally ready to publish. 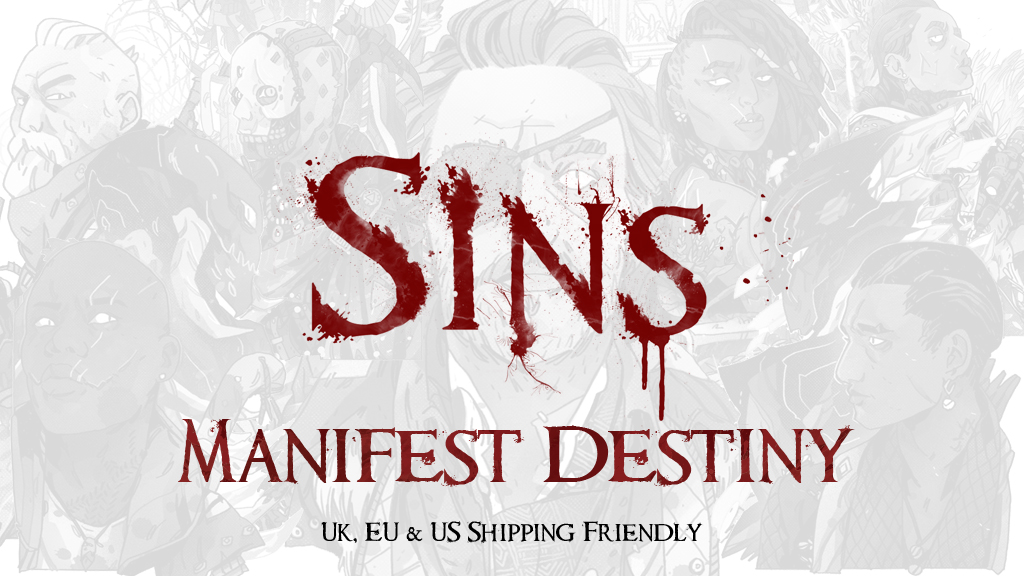 Where have you been!?

The ability to write a follow-up to the corebook was promised as a stretch goal on our original Kickstarter campaign back in 2017, and over the last couple of years as we've expanded and established our brand (inbetween day-jobs and family commitments) we've squeezed work in wherever we could, making good on the promise made to our backers on this campaign - the promise to deliver more SINS.

For the past year and a bit, despite all the changes in the world, we have been fortunate enough to work on SINS full-time as a team. The final realisation of this expansion is the result of that, and the outcome is shaping up to be truly phenomenal. 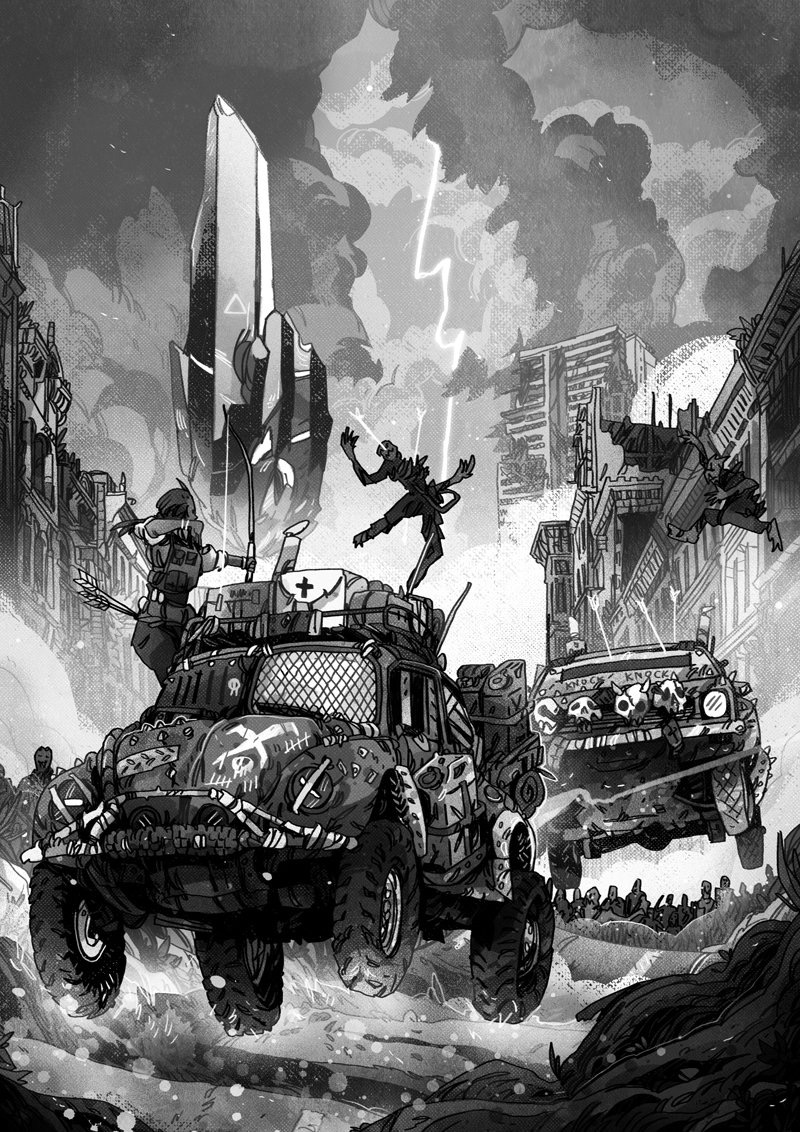 Weighing in at 2/3rds the size of the corebook, SINS: Manifest Destiny is packed with art, lore, mechanics, faction content and advances in the over-arching narrative.  It is brimming with new art from Will Kirkby, the illustrator of the corebook, bringing the world of SINS further to life in stark, dramatic detail. Everything we promised to pack into this supplement, from vehicular combat to the expanded faction rules has been written up, and we believe we've gone above and beyond in realising this supplement. We didn't want to release it until we thought it lived up to the praise and accolades of the corebook, and thus we've made a book that we believe looks and feels like years’ worth of work. 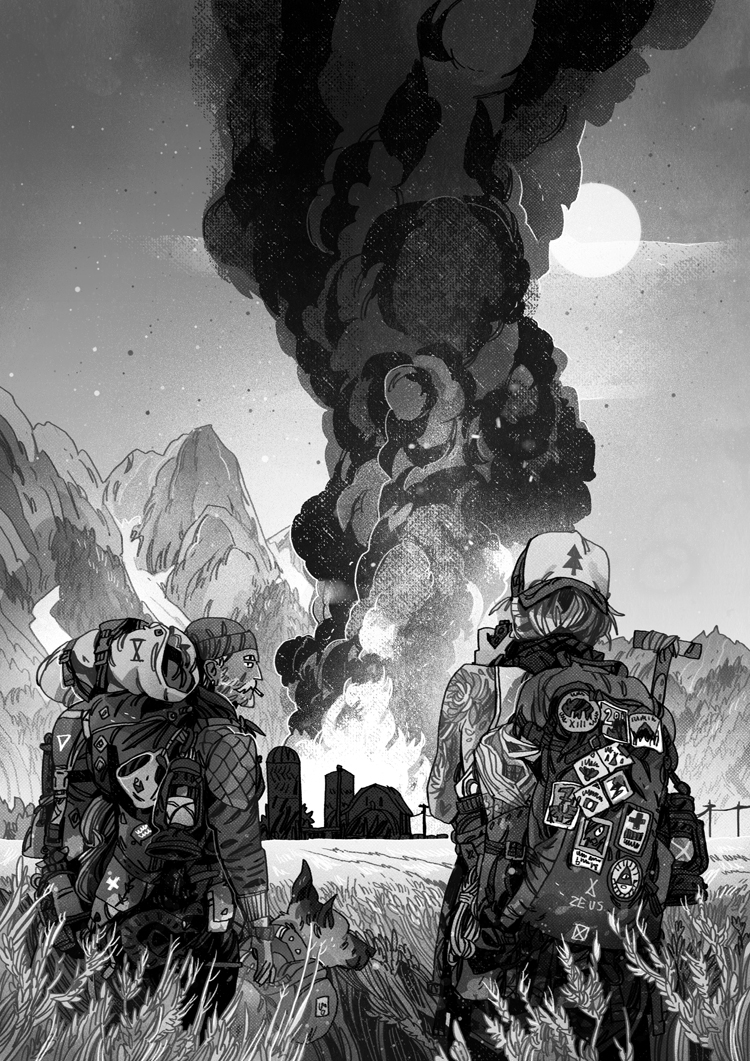 Where can I get this!?

The Kickstarter is live right now. If you downloaded SINS from the Bundle for Racial Justice, this supplement is the perfect accompaniment to take your games further, and we have pledges available for .PDF copies, alongside the usual array of print copy orders and special editions. We funded in only 4 hours, and at the time of writing we're fast approaching the first of many Stretch Goal to expand the book's art and illustration - so every little helps in making this release as good as it possibly can be. 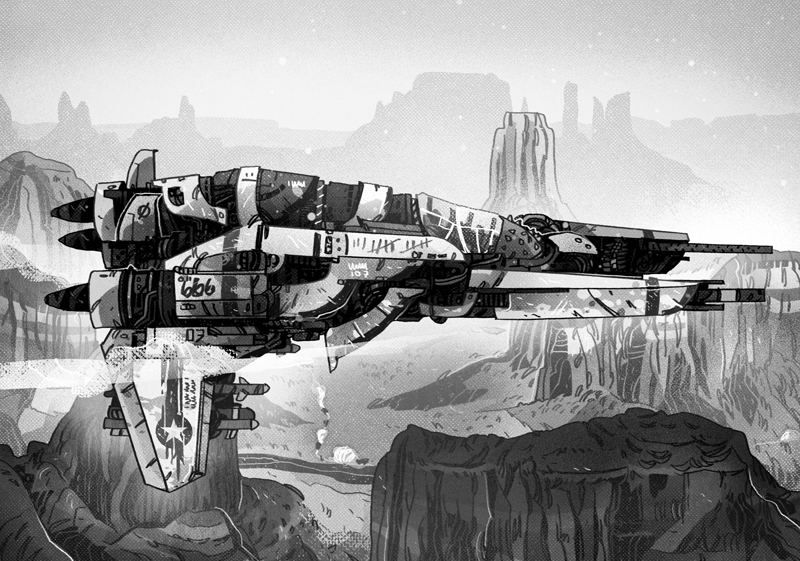 To everyone who supported us, waited, and is still willing to hear us out one more time for a delve into the rich world of SINS;

We couldn't have done it without you, and we hope this book lives up to your expectations. We have such sights to show you.